skip to main | skip to sidebar

Since my last post, which I believe was five years ago at least, a lot has happened in my war-gaming world.  I aim to post a few of the finished projects as well as some other new ones that I will be starting out with very soon.

I have two methods of painting.  I either smash models out quick at a good standard or I spend an age painting everything to as high a standard as I can.  It is usually an indication of how invested in a period I actually am.  The armies I will be showing you over the next few weeks will be as follows: 10mm Napoleonics, 40mm Napoleonics, 28mm WW2, 28mm Carlist War, 40mm AWI, 28mm League of Augsburg, 28mm Back of Beyond and 28mm Romano British.  I will start with an update tomorrow on my 28mm Cape Frontier War army which I painted three years ago and now has a new home!

Hello chaps.  I seem to have abandoned this blog of late and I apologies to those who wish to see more of my work.  I will tell you briefly whats been going on.  The main reason is I have a new job and hardly any hours of personal time to do anything, let alone painting.  I hoping this will change soon as my role is changing again for the better.  Another reason is that I have been working on my own business venture with help from the talented ex GW miniature sculptor Bob Naismith.  The business is called Minion Miniatures and we are releasing a fantasy skirmish game and associated miniatures.  The real emphasis is not just on the game but the fact we releasing a huge range of plastic miniatures in 28mm to rival the quality of anything currently on the scene!  I wanted to share some work in progress pictures with you guys and a link to my facebook page:

There will be a kickstarter later this year for this project and I need as much support as possible.  If you guys could find it in your kind hearts to share the Facebook page on your own Facebook accounts or just give us a "LIKE", it would be eternally appreciated.  Ta for now. 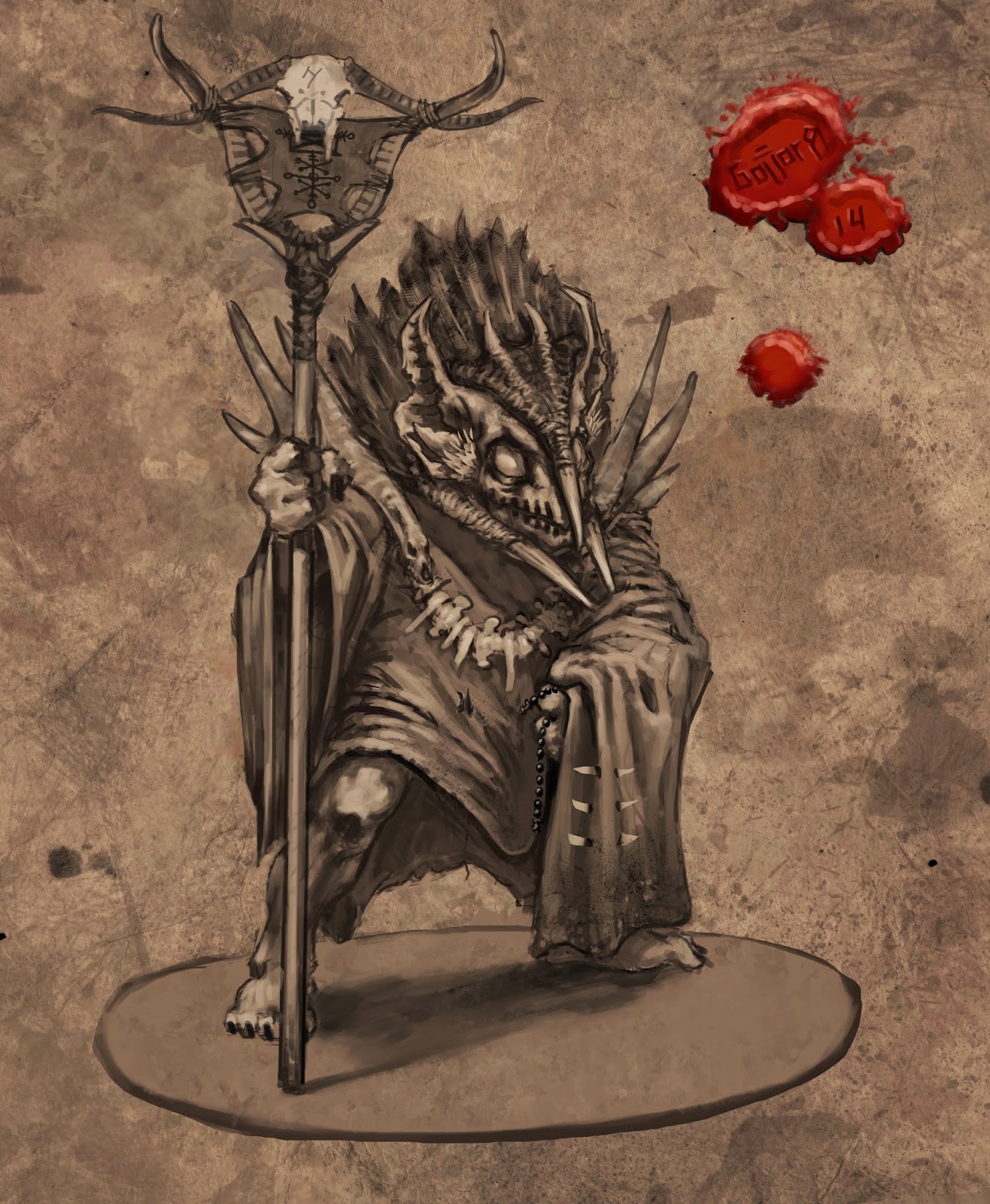 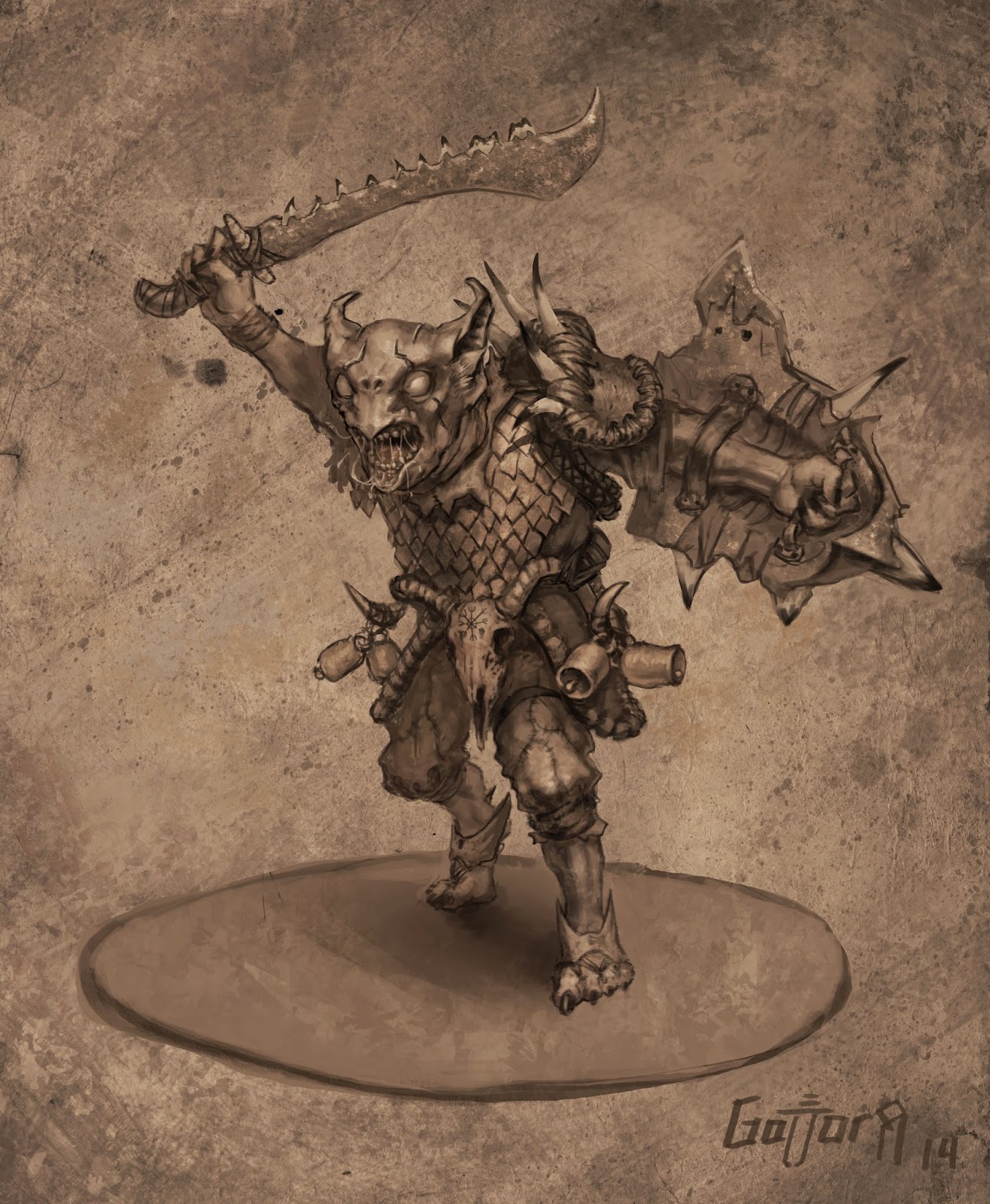 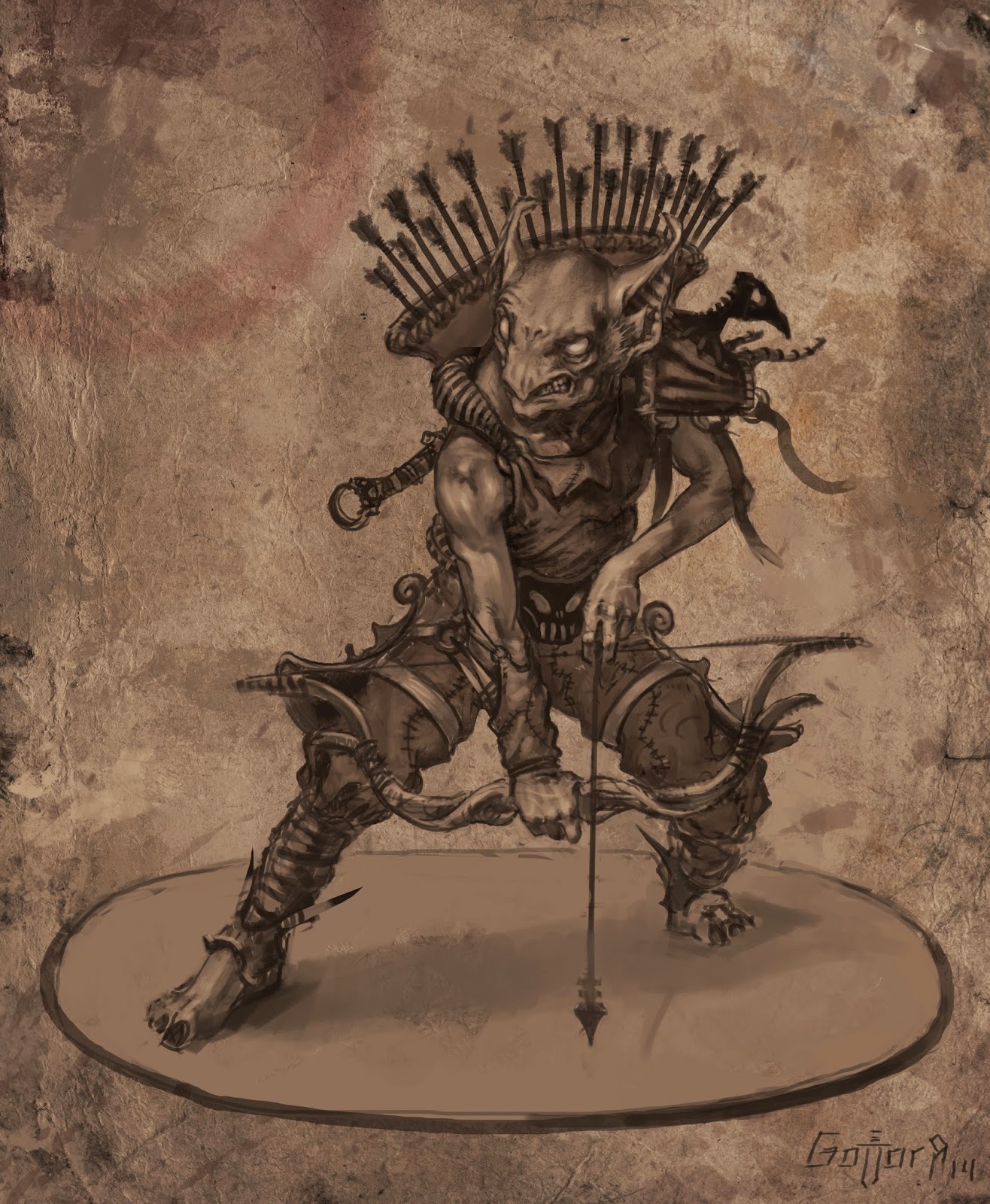 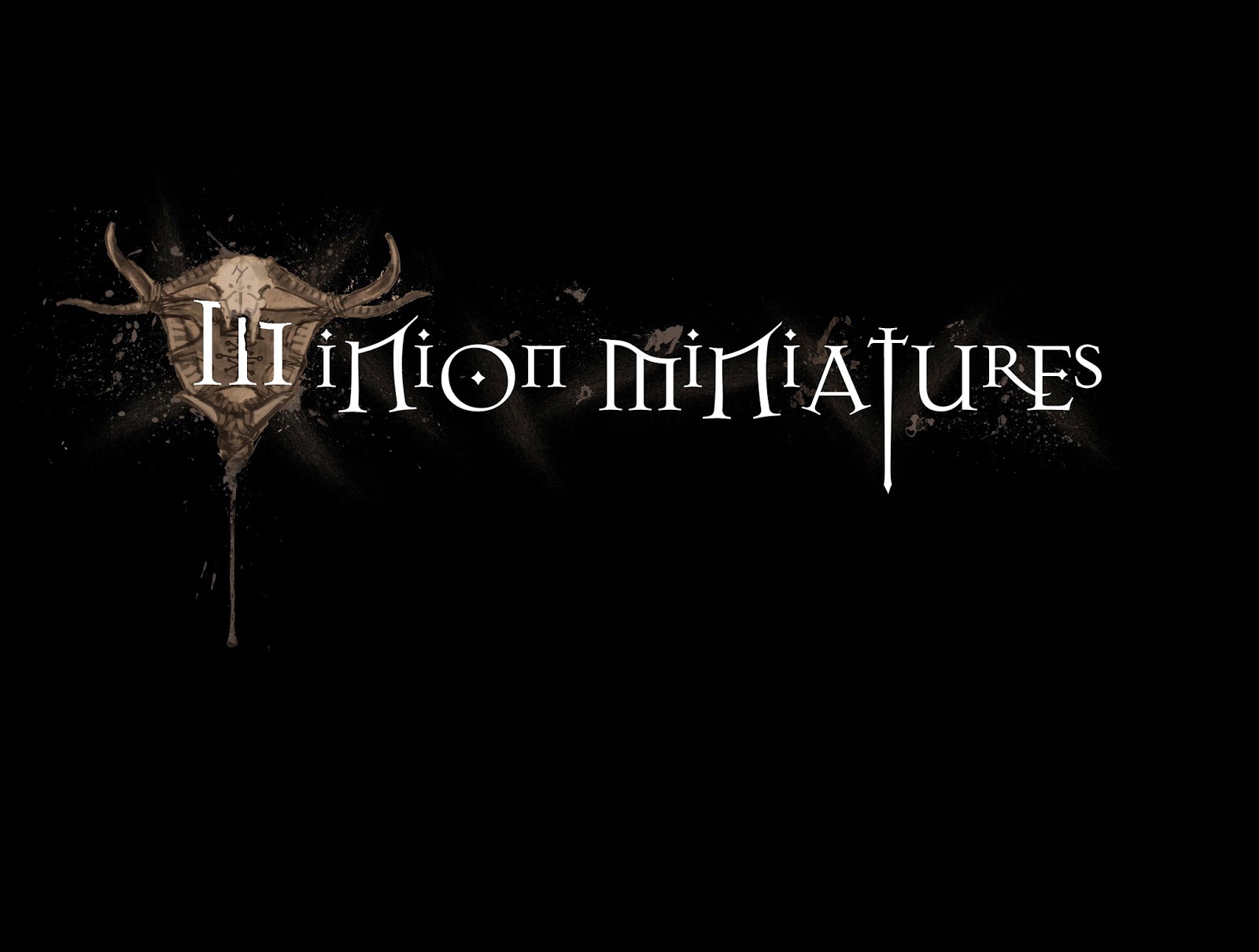 Believe it or not I am selling the 10mm AWI and my Red Scorpions.  Those with an interest in AWI will be pleased to know I have just invested in a load more Perry 28mm AWI again but this time with some plastics.  I really like 28mm and with the addition if the huge army of Naps I can't face painting any more 10mm.  I have the following: 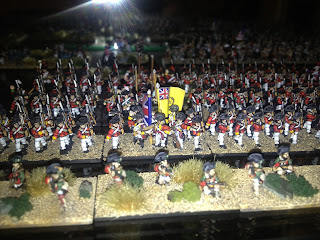 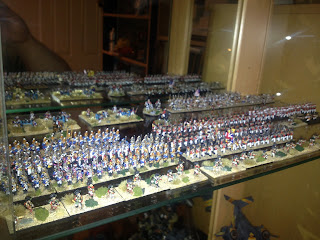 Please also have a look on eBay as I am selling the three Red Scorpion models seen below.


Well it makes a change to have some reasonable weather for once.  I am off down the Thames at Henley today on my in laws boat to have a bite to eat and a few beers. Can't wait.  Whilst I sun my self I thought I'd post a few pictures of my very long term Italian Wars project (I must have had the figures 15 years or so).  I am collecting mainly for a Pavia project and love the Perry's old Foundry Landsknechtes range.  Anyway, some basic landsknechtes, a gun and some gendarmes are done and just waiting to be based. 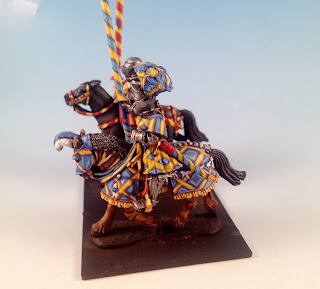 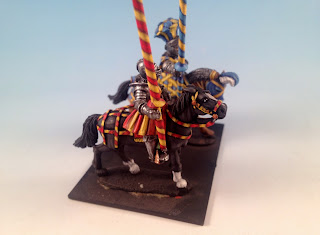 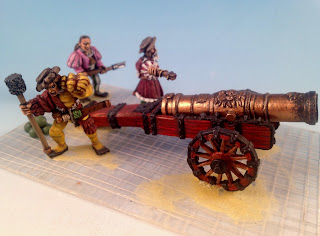 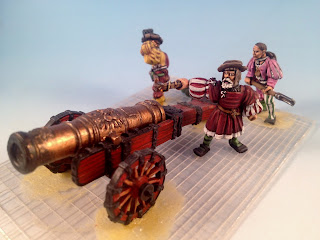 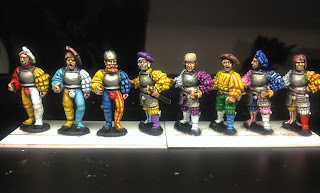 This army has been on the back burner for a while, possibly because I invested over 10 years in creating my huge 28mm force.  however, the bug periodically rears its ugly head for a few weeks here and there, enabling me to add a few more units to my ever growing force.  I have much more painted now than appears on this blog but I really need a basing purge before I even think about putting it on.

Anyways I have added some pictures of some British 3lb guns, some British Commanders and some jager.  The Jager now number about 15 stands but the rest are not based yet!  On the painting desk for the AWI at the moment are some continentals, British in Roundabouts, more Hessians and a shed load of militia.

In regard to rules I was using a simple set I designed myself as British Grenadier does not lend itself well to large 40 model units.  I have tried several sets now including Fire and Fury Regimental, a Johnny Reb AWI conversion and even Black Powder but none have so far pleased me as much as good 'ol British Grenadier.  However, I was recently invited to play a friends AWI game using his stonking 40mm figures and using The Perfect Captains set of rues called John Bull.  Although the game is meant to be a company level game, with a few tweaks we have played several engagements now at Battalion level with great success.  I like the rules as they have elements of British Grenadier within them.  We have changed the rules slightly to cater for the disruption mechanic I like so much from BG and Loose Files and American Scramble but the unit cards are a wonderful addition with John Bull that give excellent period flavour.

I am always on the lookout for other great sets so any further advice from my fellow gamers would be appreciated.
Posted by Minionminis at 17:01 2 comments:

My new big project (along with my 10mm AWI, Red Scorpion Space Marines and 28mm Italian Wars) is my 10mm Napoleonics.  Since the Perry's have released their plastic range of 28mm Napoleonics I have been frothing to do more Napoleonic Wargaming.  The period is one that I have a huge interest in and gamed intensively ten or fifteen years ago.  however it has been left on the sidelines for many a year due to my interest in other areas, namely the AWI.  I wanted to get back into it in a big way but one of the main reasons I have been so reticent to do so has been rules (and of course the huge amount of painting time to do big battles in 28mm).  I was lucky enough last year to be invited by one of my friends to play a re-fight of Quatre Bras and even luckier to be given Picton's Division.  I was not so over joyed when I was told we were going to be using Napoleonic Principles of War.  I have had this rule set on my shelf for fifteen years and did not have a high opinion of them.

However, this was a Napoleonic game, a rare and exciting prospect and I thought I would give them a chance.  The main reason I did not like them initially is that I hate brigade level games where the brigade is the tactical unit and I hate lots of paperwork during games.  NPOW uses both of these mechanisms (well actually its tactical unit is the regiment).  The game was in fact awesome.  Apart from the crossing off of boxes on well organised force sheet I didn't have a bad word to say about them.  The rules are slick, fun and more important feel right.  I love the fact that it takes into account the different fighting and command styles of each army and represents beautifully national characteristics in way that isn't just +1 if your British in line.

I have decided to put my forces together differently to my friend who used one battalion to represent the two or three battalions within Pictons Division.  Instead my units will represent each battalion historically within one unit.  This shown below with the French Line Regiment.  As you can see the three stands make up one unit on the table, but each battalion is represented within the one unit.  The two Cuirassier units will also be three stands each and each stand will represent one cavalry regiment to make one unit represent a cavalry brigade.  I hope I'm not being too confusing.  Anyways, these figures are Pendrakens fantastic new Danube 1809 range of figures.  They are every bit as good as the new AWI range and I love them.  I am not a fan of the rest of Pendrakens Napoleonic ranges and I hope soon they will release more figures to fill in the gaps (PRUSSIANS AND RUSSIANS PLEASE DAVE!!!)

Posted by Minionminis at 02:59 No comments:

Sorry I've been away - But lots of new models to show for it!

First of all let me apologise for being away so long.  Life has definitely got in the way.  I have changed job a couple of times and moved house but now i'm settled I can hopefully begin to start showing you some projects that have been on my painting desk for some time.  I will be posting multiple photos over the coming days but I'm going to start with some of my fantasy/sci fi offerings.  These are generally from my 40k and Warhammer collections with one or two bits of experimental technique work (like more NNM or non metallic metals).

The first stuff I am going to show you is from my Red Scorpions space marine chapter.  I chose these guys after doing a commission for someone else.  They loved the paint job on a commander figure I completed for them and I so enjoyed the result I decided to do some for myself.  The army is only small at the moment and is fitting itself in between my other projects.  Below are pictures of my heavily converted Terminator Captain, my Venerable Dreadnaught, my Land Speeder with badly wounded passenger and some other work in progress bits.  I would love to hear what you think.  Coming later will be more work on my 10mm AWI, 10mm Napoleonics and 28mm Italian Wars. 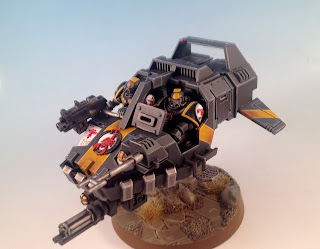 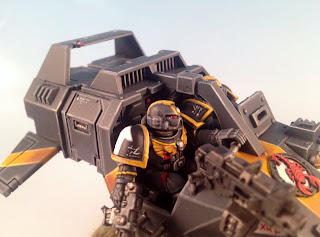 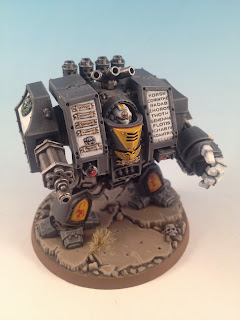 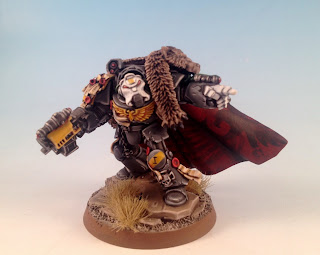 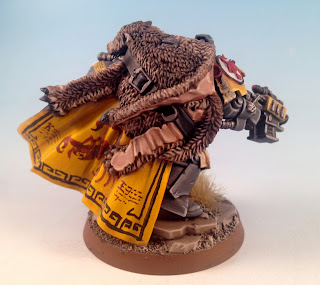 Posted by Minionminis at 07:59 No comments: